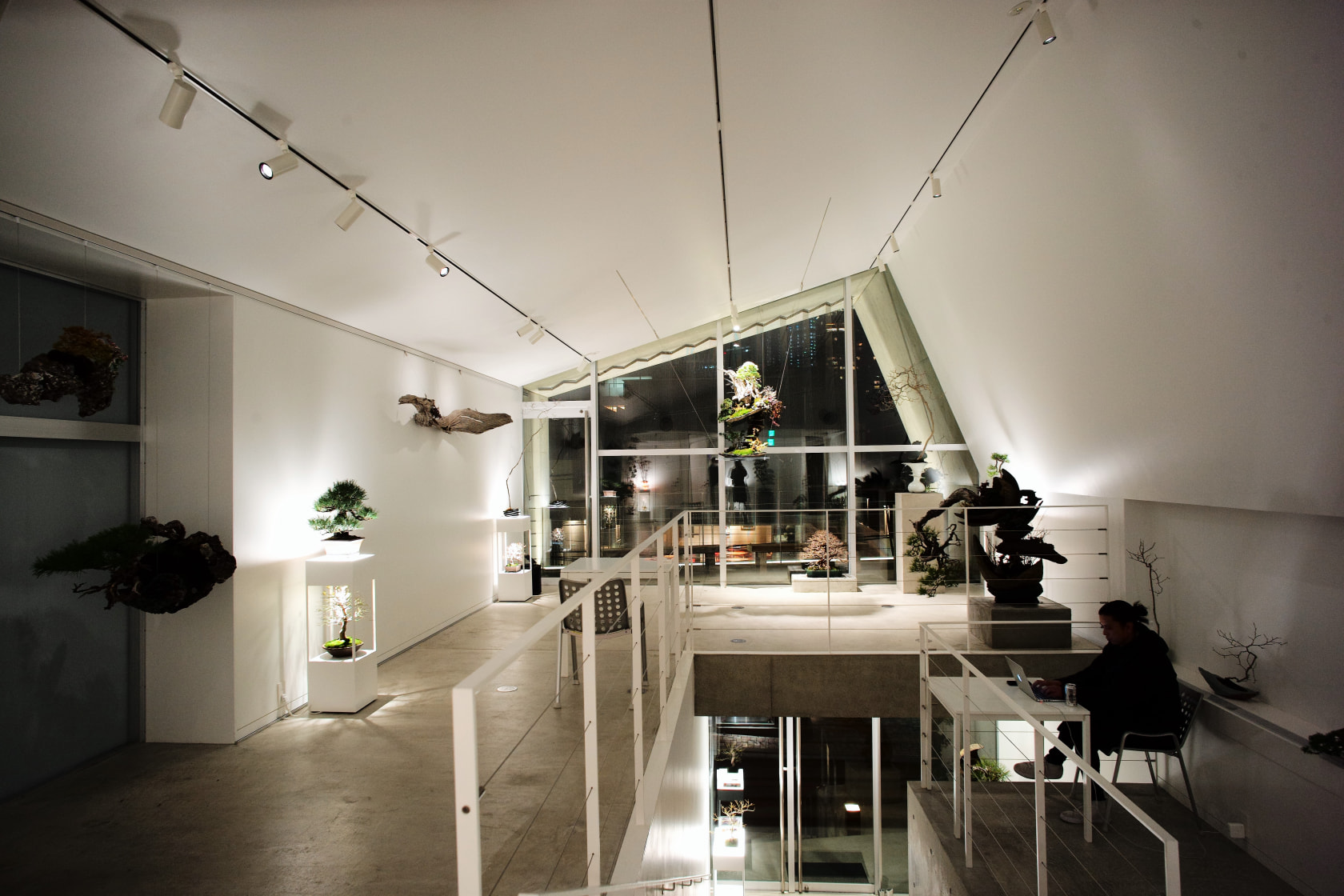 The bonsai exhibition by Masashi Hirao @Arakawa TIERS GALLERY on Feb2019
"Art imitates nature", a statement found in Aristotle's most important philosophical work. There are various interpretations, but the imitation of nature is neither representing nature with images nor "doing as" nature. Bonsai is right there.

Masashi Hirao - the Bonsai master - continues to promote the history and essence of Bonsai in the world and says that in 2019 the encounter with Arakawa's technology has opened new approaches for his expression. Hirao tells us:

Bonsai was born in 700 and derives from the Chinese word "Bon-kei", which is an image (scenery of nature) created with natural materials (soil, sand, stones, moss, grass, and branches, etc.) in a tray. When it arrived in Japan, the Japanese began to grow the very plants in a pot, enclosing their beauty, this became the Bonsai, the Japanese original.

In the beginning, it belonged only to the samurai class and the aristocratic class, after the late Edo period (after the seventeenth century AD) Bonsai began to spread among the people in general, and in the Meiji era (1868-1912) it acquired its current position.

Originally in the traditional Japanese-style room, they had prepared "Tokonoma" (a small raised alcove) where the Bonsai is usually placed, as well as scrolls (Kakejiku), stones, etc. By creating a small three-dimensional scenography space by making the optical game of the "near" and the "far" with these elements was an elegant way of expressing the culture of the landlord.

When I first visited Arakawa's TIRES gallery, I was impressed by its architectural features and thought it was perfect for my exhibition. Because its isosceles triangle proportion coincides with the golden ratio of the Bonsai.

As for the use of steel cables for the suspension, I was concerned about the crimping in the fastening. When I discovered this Arakawa-Grip hook, I said to myself “I have a beautiful toy!”, For me, it was an epochal product. I was convinced that I could thus express a completely different vision of the world of Bonsai according to my way of thinking and using. Thus various ideas overflowed as if a child had a new object to discover.

To suspend the Bonsai, I had to apply the hooks - the artificial objects - in the Bonsai. I enjoyed working on this thinking about how to hide the hooks when setting up the plank. When I suspended the Bonsai in the air with the 25/30 kg stone, I was afraid of the resistance. Instead, I was enthusiastic about the stability that the Arakawa suspension system gave. 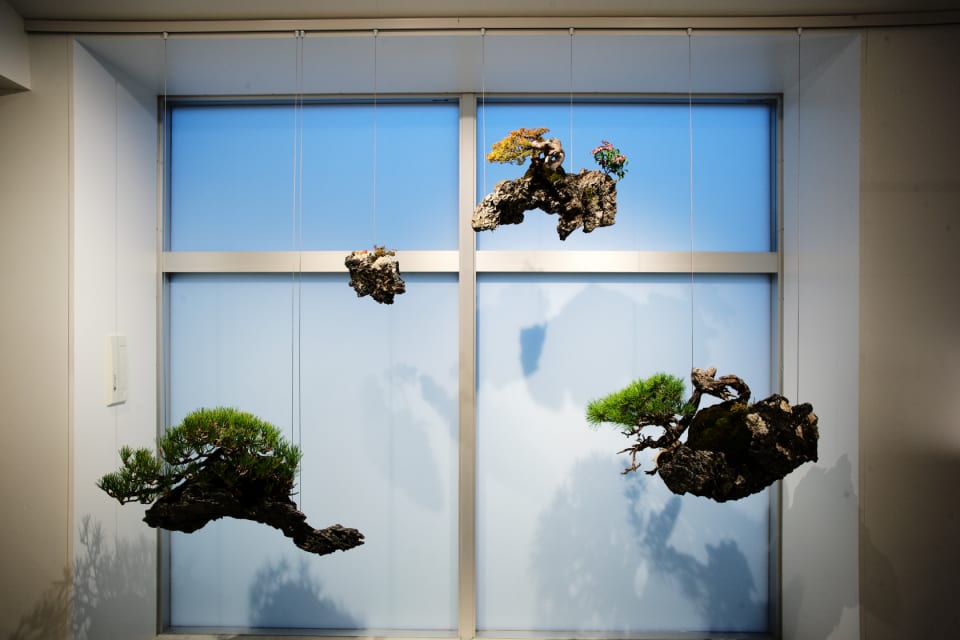 The ARAKAWA product:
I now use ARAKAWA products in various places, one of the main applications being at the Triennale in Setouchi, Japan. I created a scene by suspending a symbolic stone in the center of the tea ceremony room. By spraying water on the stone, the water drops fall from this stone one by one and the audience was very surprised. I have a particular memory because I had a great reaction from the public more than with Bonsai even if it was a simple installation of stone suspended with steel cables.

A stone installation at the Art Setouchi (Triennale of Setouchi) in 2019, Japan

I also adopted the ARAKAWA product for works of art made with driftwood. With the conventional hanging method, I had to wrap two cables around the wood. Arakawa, on the other hand, can be simply hung with a cable, so it doesn't interfere with the art. It’s fantastic. Depending on how it is hung, it would become a swing, so it can also be used as a display stand, and, depending on the type of product, the Arakawa Grip is strong enough to climb on it. By knowing the properties of the products, my creativity can be expanded infinitely.

I am not a construction specialist and can only do simple DIY jobs. When it comes to using metal objects, more tools and more skills are usually needed. On the other hand, I can use Arakawa-grip even without specialization and express more.

Activities abroad
I have done various initiatives in various foreign countries: mainly they were simple workshops in Bonsai gardens or demonstrations for bonsai enthusiasts: for example, I had done a Bonsai performance during EXPO Milano 2015. There was only once in Milan an uncategorized art challenge other than a simple traditional Bonsai exhibition. I will be happy if I will have the opportunity to express myself through Bonsai using the suspension system that the public will like: I will not use images or videos, but I will create a surreal atmosphere as if a living being was flying in the air and to do this the use of cables would be essential. When I created an installation with the stone suspended in the air, it was so surreal and stable (without feeling the weight of it) that the public thought the stone was an image.

I can better express the fascination of Bonsai by using the suspension system. 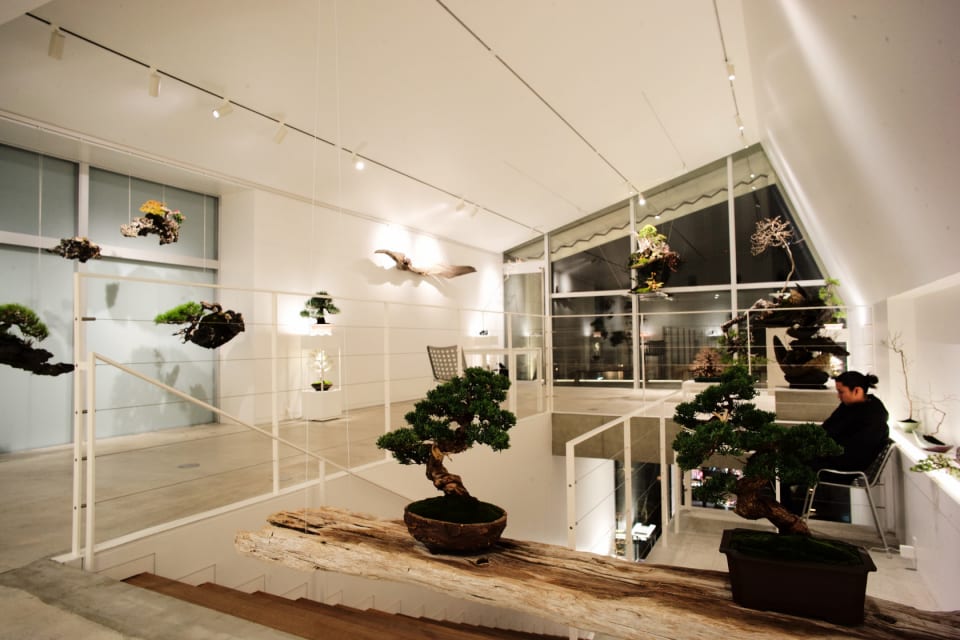 The secret of your increasingly avant-garde activities?

I entered the world of Bonsai not to pass it on as a family business but simply because I am passionate about it. Entering this world I encountered some negative aspects, but in reality, it would be enough to change a little the way or the approach. So I continue my various activities to simply convey the charm of Bonsai.
There are some artists who use plants: but they shouldn't let the plants die... I felt distressed as a professional when I saw dried Bonsai being used.. ie plucked from the ground and dried the roots then the leaves turned yellow. It is true freedom to express everyone in his own way, but I want people to get excited about Bonsai. I would like to do more and more, so I continue this activity with Bonsai.

Future
To become more and more known about Bonsai, I will continue my activity by playing with my creativity on the theme of "contrast and harmony". Can't wait for Arakawa product innovation to come! 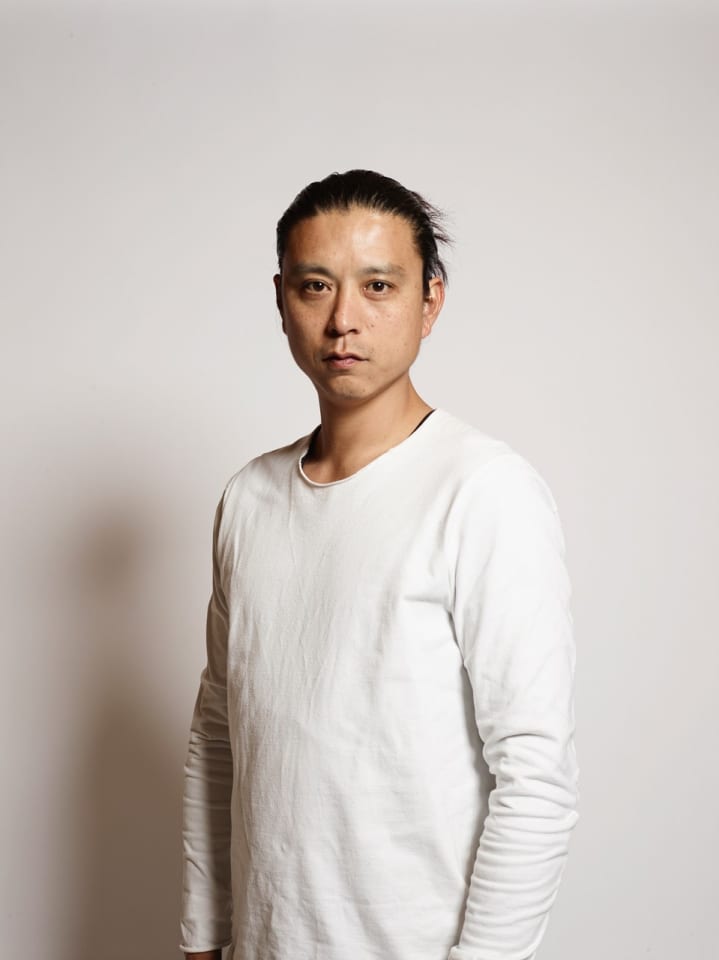 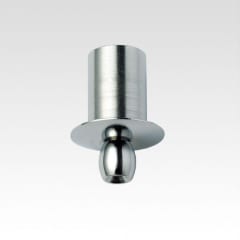